An Interview with Scrap Yard Aces

Name of your band?

What does the name mean?
The name actually describes both our overall sound as well as our approach to putting it together.  We often incorporate sounds from a lot of different sources.  We’re really into deep heavy reggae and dub grooves, but we also throw in scraps from punk, heavy metal, classic psychedelic rock, blues, and stoner rock. If you put together all of our influences you might imagine a giant scrap yard with mountains of parts and sound.  Scrap Yard Aces comes from constructing it all together.

Who’s in the group?
The band consists of:

How’d you guys meet?
Brent and Daren were part of a jamband called Fuzzymoto and Steve and Randy were part of a jamband called E-17.  Both bands shared quite a few local OC bills together and became friends over the years.  When each of our respective projects dissolved Randy and Daren started talking about putting together a dub reggae act centered around a rhythm section.  Steve and Brent inevitably got pulled into the mix and started contributing their ideas.  This led to a good 3 years of developing what became our sound.  The result is Scrap Yard Aces.

How long have you been together?

Scrap Yard Aces has been gigging for over 5 years now.

What genre of music would you consider yourselves and who are your influences?
We describe our sound as ‘Psychedelic Reggae’. Our influences are Joe Strummer and the Mescaleros, The Clash, Sublime, Bad Brains, Fu Manchu, The Skints, The Interrupters, Rancid, The Damned, The Aggrolites, Seeed, Dub Trio, Sly and Robbie, Roots Radics, Bob Marley, Gregory Isaacs, Toots and the Maytals and all great reggae, ska, dub, and dancehall acts that have come before us.  We love it all.

What are you working on right now?
We’ve got a bunch of new songs that we’re fine tuning for our next recording session.

Has having a lockout been helpful to you as a band?
Having a lockout is essential for the creative process.  Having your gear set up and ready to play makes it really easy to dial in your sound and focus on what you’re working on.  It allows you to work around schedules that work for the band.

Where can we listen to your music?
Spotify
Apple Music
Google Play
Pandora
YouTube
Our Website
If you want a CD of our releases you can purchase them on CD-Baby. 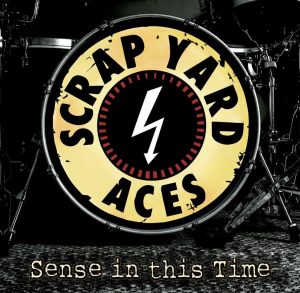