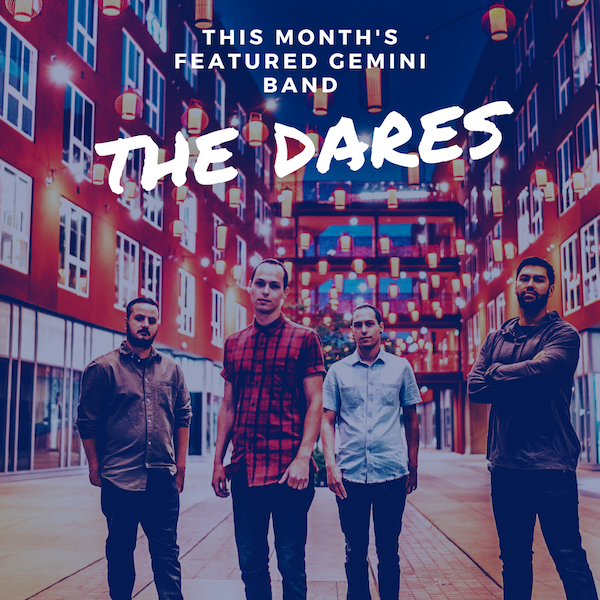 Each month we’ll be highlighting a band or musician from Gemini, sharing rehearsal tips from current and past clients, as well as sharing upcoming shows in the Orange County area.

An Interview with The Dares

Name of your band?
The Dares.

What does the name mean?
We’ve had this name ever since my brother and I started playing music in elementary school. It came about when we told kids at school that we had a band and they didn’t believe us. So, we basically thought or said “dare us”

Who’s in the group?
It’s me (Matt), my brother Ben, Anthony and Brandon.

How’d you guys meet?
Ben and I are twins, so we go way back to say the least. We met Anthony in high school. And we met Brandon through his mom who put us in a movie she produced.

How long have you been together?
With this current line-up we’ve been around since 2011. However, Ben and I have officially been playing shows together as The Dares since 1998.

How long have you been at Gemini?
Around 4 years now.

What genre of music would you consider yourselves and who are your influences?
We have so many influences, too many to name probably. We grew up on oldies, listening to bands like The Beatles, The Beachboys, Motown and stuff like that. It really ingrained a pop sensibility in us from an early age. Then when we were 12 or 13, we discovered pop-punk (Green Day, Blink 182) and that changed the trajectory of our sound forever. Lately we’ve been really interested in the revival of guitar-based music coming from the indie/surf-rock/garage-rock scene. We’re into bands like Together Pangea, Skegss, and the Growlers.

What is the best advice you been given about playing music or otherwise?
It might be cliché, but its nonetheless true that devoting time to practicing is super important for both staying tight and for personal growth as a musician. Another piece of advice is to be really invested in songwriting. It’s literally the work or piece of art that a band produces. And is far more important than what your genre or “sound” is. And it’s what sets artists/bands apart.

What are you working on right now?
We’re always writing new material, so right now I’m personally trying to finish up lyrics because were planning on at least demoing the new stuff really soon.

Craziest thing that’s happened to your band?
We got signed to a major label when we were in high school, so that was a crazy experience.

What practice tips do you find help your band practices?
Just put in the time. There’s no shortcut to playing well together.

Has having a lockout been helpful to you band?
It’s been invaluable for our band, and for me personally as a drummer/songwriter. Our room is a sanctuary where I can escape from all other concerns and work on music at any hour I’d like. 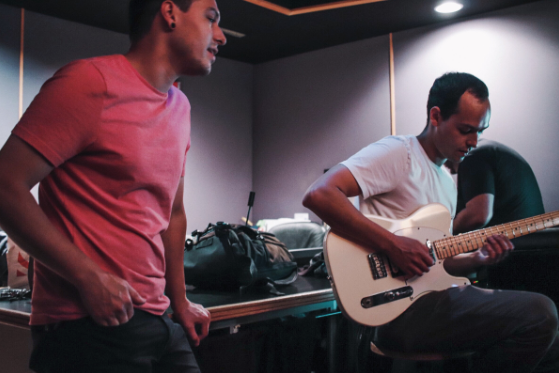