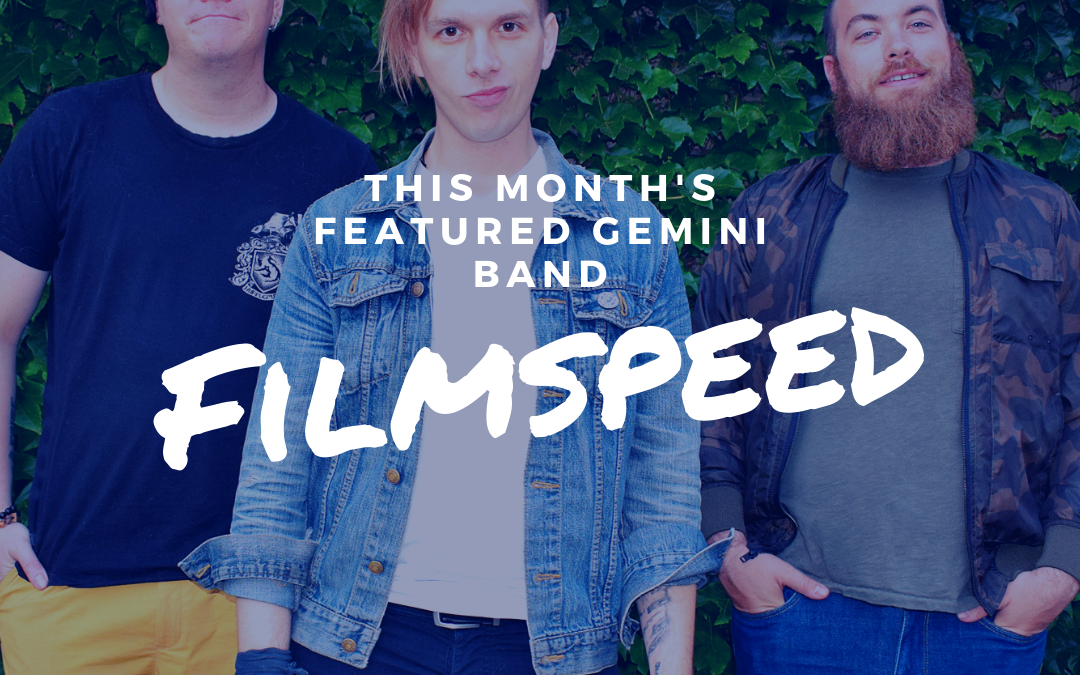 Each month we’ll be highlighting a band or musician from Gemini, sharing rehearsal tips from current and past clients, as well as sharing upcoming shows in the Orange County area.

Name of your band?
Filmspeed

What does the name mean?
“Filmspeed” refers to how we recall our own lives. So much happens that all you really get are fleeting memories chopped up like scenes from a movie. So basically, living at film-speed.

How’d you guys meet?
Craig and Nick are childhood friends Who attended the same high school, worked at the same supermarket, and grew up a few blocks from each other. During the search for a permanent drummer, the magic of Facebook groups and personal referrals brought Oliver into the picture.

How long have you been together?
Craig and Nick have been playing music together in some capacity for the past 15 years. Oliver became a full-time member just shy of three years ago.

What genre of music would you consider yourselves and who are your influences?
This is a Pandora’s box of a question. Since we are a power trio, the music is easily classified as rock ‘n’ roll. The influences behind this are widely varied. What all 3 members have in common is a maniacal love of music. Beatles, Elvis, Zepp, Radiohead all go without saying.  Ultimately, if it’s good, we love it. Craig has an ingrained love of Motown, coupled with the pop sensibility of adult contemporary music all wrapped up in a blanket of AC/DC and hair metal fury.  Nick brings punk rock to the table with influences from Less Than Jake and NOFX as well as JayZ style Hiphop all being grounded in classic rock like Hendrix and Janis. While Oliver is an unapologetic emo-punk enthusiast, who holds a Jazz performance degree from UCLA.

What are you working on right now?
We have three new singles that have just finished the mixing and mastering stage from here, we are choosing one to release right away and two of them to release together at a later date. In the meantime, We have photo shoots, video shoots, interviews (kind of like this one) and podcasts to get together.

Where can we listen to your music?
Everywhere. Find an outlet that doesn’t have us on it, let us know, and we’ll fix that.

What is the best advice you been given about playing music or otherwise?
It’s a basic principle of life but specifically translating to music:  If you don’t feel it, neither will they. If you’re having a blast, they will too. We’re never focused on what we think “people want to hear“.  It’s the song above all things and how to best express the emotion at the core of it.What practice tips do you find help your band practices?
Be present. Respect each others time and input. Bands are like dating multiple partners, it’s all about the greater good.What are some tips for playing live gigs? Leave it all on the stage. Bad monitors, broken strings, power outages, we’ve had it all and then some. So long as you fckn bring it, none of that matters.

Has having a lockout been helpful to you band?
Absolutely!  It’s a home away from home.  We haven’t had to stare at the time and wonder how much more writing we can get done. Just unlocking the door and having all our gear setup and ready to go has been EPIC. 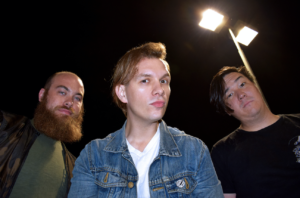